Treasure Hunt At The Archaeological Museum

Explore the highlights of Naples’ Archaeological Museum through a privately-guided treasure hunt.

Meet your private, fully-licensed guide at the entrance of the Archaeological Museum of Naples, the city’s most iconic museum, and let them show you its most precious highlights, mainly coming from Pompeii.

Start by discovering the Farnese collection (which has nothing to do with Pompeii) with a focus on 2 massive statues, the Farnese Bull and the statue of Hercules, and the beautiful Farnese Cup.

Walking through the Emperor’s gallery, take a look at the statue of Caracalla, and then take the stairs to reach the most impressive collection of objects and works of art discovered in the archaeological sites of Pompeii, Herculaneum and other Ancient Roman sites.

Among the highlights, you will see the remains of a mosaic found in the House of the Faun, statues of Dancers and Athletes, a beautiful statue of Mercury, and the vase called Cupids Harvesting Grapes. Things like daily life tools used some 2,000 years ago, such as musical instruments, keys, dice and a beauty case will also be seen.

The tour ends at a huge wooden model of Pompeii.

All these highlights will be seen through a fun-filled treasure hunt so that your children are kept engaged and entertained throughout the visit.

This tour is available in the following languages : English, French, Spanish, Italian

Meeting Point: At the Archaeological Museum of Naples

Finish: At the Archaeological Museum of Naples

Is this tour private?
Yes, it is. No one else will be joining your private tour, and you will have your own private guide throughout the visit. However, there will be other people visiting the museum at the same time.
When is the best time to visit the Archaeological Museum?
During the summer season and special holidays, it is better to visit the Archaeological Museum of Naples in the afternoon. It is also better to visit the museum after having seen Pompeii.
Are the parents staying with the children or separated?
We always promote a family-bonding moment, where parents and children enjoy an activity together as a family. So, parents and children will not be separated. However, if you choose to send your children on this activity alone, it is possible, provided that a babysitter accompanies the children regardless of the age, for insurance purposes (our guides are not responsible for the children).
Is it suitable for kids under 6 years old?
We recommend this museum visit for kids aged 6 or older, because they must know how to read and write in order to enjoy the fun-filled scavenger hunt game booklet. Younger children can participate, but they will need the help of the parents or older siblings to finish the quest.
Will we have to wait in line?
We provide skip-the-line tickets so there will not be any waiting in line.
Once the tour is finished, can we stay inside the museum or go back in?
Of course, you are free to stay inside the museum if you wish to continue exploring it once the tour is finished. Our tour cannot cover the whole collection, so we highly recommend staying a while longer. Exploring the Egyptian department is always fascinating for children. If you exit the building, you will not be able to go back inside.
Can I bring a stroller or a wheelchair?
Yes, the Archaeological Museum of Naples is wheelchair and stroller friendly and there are elevators to bring people with reduced mobility to the upper floors.
Will my teenage kids like the tour?
Sure they will! They might not want to have the game booklet, but since it is a private tour, our professional guide will adapt their speech to keep your teenagers engaged and entertained throughout the tour. 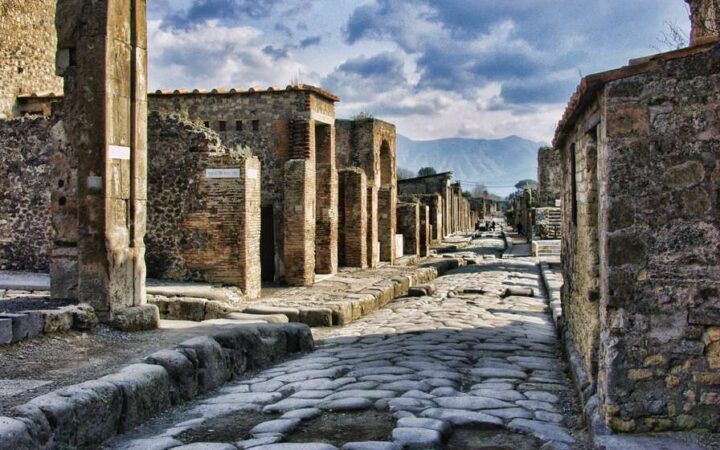