Barcelona is a city best-known for its architecture (hi, Gaudi!), but did you know that its beaches are fake and that it has a tradition for constructing architectural structures out of humans? Or that it has a museum dedicated to ornate funeral carriages? While the city of Barcelona is gorgeous and has some of the greatest architectural masterpieces in the world, there’s more to the city than meets the eye, and some of its buildings have…weird functions (while still being aesthetically beautiful, of course). We’ve rounded up some of our favorite kid-friendly fun facts about some of Barcelona’s less well-known structures: for you and your family to enjoy:

8. The Eiffel Tower was originally designed for Barcelona (we don’t know what we’d do without our iron lady either). Gustav Eiffel’s top choice for the location of the tower was Barcelona, but the idea was rejected by the city, and he then went on to build it in Paris. You can check out some of Barcelona’s actual architectural structures via our family-friendly tour of the Sagrada Familia and Park Guell!

7. If you want to see some very impressive artistry involving chocolate, head to the Museu de la Xocolata (Chocolate Museum), which is owned by the Barcelona Pastry-Maker’s Guild and houses chocolate sculptures of various famous Barcelonan buildings. Admission is €6 per person and free for children under 7. You can check out their website HERE and their opening hours HERE (they also have the best gift shop, because, well. Because chocolate).

6. The famous Barcelonan beaches aren’t real! The beachfront (which measures 4.5km or 2.8 miles long) was actually created specifically for the 1992 Olympics, using sand brought over from Egypt. Funny that Barcelona has been named one of the best beach cities in the world but didn’t have any beaches until it hosted the Olympics.

5. Barcelona is known for its world-famous architecture, but perhaps its most impressive structures are made out of…humans. Oh, yes. Humans. (Don’t worry, alive humans – we felt it was important to clarify) The Catalan tradition of creating human towers is traced to a small town names Valls, which is located around 40km outside of the city, and locals have been climbing onto each other’s shoulders to ‘build’ the tallest ‘castell’ since the 18th century. Today, Barcelona hosts the annual Festes de la Merce, and the Barcelonan team, the Castellers de Barcelona, has received numerous awards since its creation in 1969. The eight-story castell (we get vertigo just thinking about it) is a piece of cake for them, and the towers can reach 10 stories high!

4. Barcelona is the only city to have ever received a royal gold medal. The Royal Institute of British Architects awarded the medal to the city on behalf of the British monarch in 1999 for its contribution to international architecture.

3. Frozen II is about to come out, so maybe you want to look for Elsa but don’t want to leave the comfort of the beach? Barcelona’s got you covered. Located on the El Somorrostro beach, Icebarcelona is the world’s first ice bar located on the beach and has been stunning customers with its ice sculptures since it opened in 2007. You can check out their website HERE and buy tickets HERE. Entrance fee is €17.50 each for adults (includes jacket + glove rental and a drink in an ice glass), €8.50 each for children aged 5 to 8, and free for children under 5. They also have a family pack available HERE

2. Ever wanted to look at funeral carriages? We can’t say we have either. But if you’re suddenly hit with the (very specific) urge to do so, Barcelona houses Europe’s only public display of funeral carriages in the Museu de Carosses Funébres at the Montjuic Cemetery.

1. Do you want Spanish Valentine’s Day or World Book Day? Saint George’s Day (or la Diada de Sant Jordi), named for the patron saint of Catalonia (of which Barcelona is the capital), is on April 23, and the tradition is for friends, lovers and couples to exchange books and roses. Some have taken to calling it Spanish Valentine’s Day, while UNESCO loved the idea so much that in 1995 they declared April 23 to be World Book and Copyright Day. Booklovers and romantics unite! 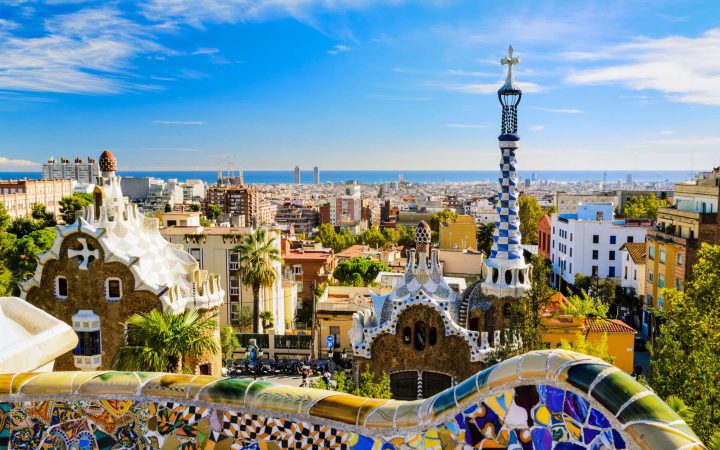 In order to make sure you have the best time during your stay in Barcelona with your kids, we have designed unique, fun-filled, family-friendly activities.