The two most well-known things about the picturesque Tuscan region are probably the cultural and artistic heritages of Florence and the infamous lean of the (not-very-subtly named) Leaning Tower of Pisa. But there’s more to this beautiful region that just that! For example: the legend behind the formation of the Tuscan Archipelago, why November 4th is not a great day for the Florentines, the grown-up version of the Stanford University mascot, and why Tuscan bread is traditionally made without salt. We’ve compiled out favorite kid-friendly fun facts about the Tuscan Region below:

8. Florence seems to have claimed every kind of art there is: from amassing one third of the world’s art heritage to inventing opera, the piano was also invented in Florence. Between 1700 and 1720, Bartolomeo Cristofori developed it from the harpsichord, and the instrument was originally known as the pianoforte.

7. Pinnochio came from Florence! Le Avventure di Pinochio was published by Carlo Lorenzini (pen name Collodi), a Florentine by birth, sometime between 1881 and 1883. Promise we’re not lying; we like our noses the way they are.

6. They probably don’t really like the date November 4th? Florence has had two floods on this same date, one in the year 1333 and the more recent one in 1966. They say third time’s the charm, but in this case, let’s hope there isn’t a third time.

5. We all know the story of the birth of Venus, but what about the fate that befell her pearls? Legend says that when the goddess of love and beauty emerged from the Tyrrhenian waters, she lost seven of the pearls on her necklace. Instead of sinking, the seven pearls formed the Tuscan Archipelago, which consists of the seven islands of Gorgona, Capraia, Elba, Pianosa, Montecristo, Giglio and Giannutri. You could say this was a serious case of (lack of) pearl-clutching.

4. Italian Gelato originated from Florence (as if we needed any more reasons to eat gelato)! In 1565, a Florentine architect named Bernardo Buontalenti made the first frozen dessert that is now considered to be Italian Gelato. The dessert gained popular attention when the Medici court popularized it, so three cheers for Bernardo! I scream, you scream, we all scream for…nope, that doesn’t work.

3. Think the iconic Leaning Tower of Pisa is unique in its lopsidedness? Think again! Several other towers in Pisa are tilted, including those of the church of St Nicola and the church of St Michele dei Scalzi. The word ‘Pisa’ actually comes from the Greek word for ‘marsh land’. We applaud the architects’ decision to build 15,000 tonne tower in these conditions. Honestly, they’re probably lucky that they got away with a lean and not, y’know, a horizontal tower splayed out across the grass. You and your family can see this iconic tower together through our Wonders of Pisa tour!

2. Famous for its horse-racing (the Palio), Siena is divided into 17 contrades or districts, which come together twice a year (on July 2 and August 16) to compete against each other. Each contrade has its own mascot, and most are animals like the eagle or the caterpillar, but other interesting mascots include a shell (the contrade of Nicchio – they must have an advantage since the square where the races are held is shell-shaped), a wave (the contrade of Onda – they must be fun at stadium games), the tower (the contrade of Torre – hopefully it’s not a tilted one and doesn’t risk toppling over), and…a forest (the contrade of Selva – the mascot of Stanford University, but levelled up by…a lot).

1. Traditional Tuscan bread has been made without salt since the 15th century (at least according to popular legend). Whatever reason you can come up with as to why, the actual answer will probably be of pettier reasons than you think. Legend says that during the historical rivalry with Pisa, Pisans thought that if they controlled shipments of salt from being able to enter Florence and increased the price, the Florentines would surrender whichever one of the battles was going on at the time (there were many). Instead, the Florentines just, y’know, made their bread without salt and the rivalry continued. You could perhaps say that the Florentines are very salty people (that was so bad, we apologize). You can explore more of Tuscan food culture through our family-oriented Florence Cooking Class or the Florence Food Tour! 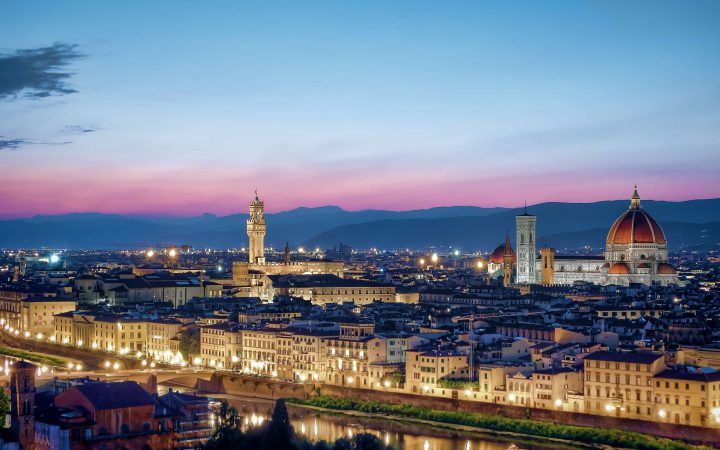 In order to make sure you have the best time during your stay in Florence & Tuscany with your kids, we have designed unique, fun-filled, family-friendly activities.