Arguably one of the most beautiful (and unique) cities in the world, Venice is a city famed for its romantic and charming atmosphere. However, it may actually be a bit more chaotic than you originally thought (we’re looking at you, time the entire city council simultaneously quit because of Pink Floyd – don’t worry, keep reading and we’ll spill everything!). We have compiled a list of our top ten favorite interesting facts about Venice that are completely kid-friendly! Whether you want to get them excited for an upcoming trip, or they just really appreciate how dramatic the people of Venice are, here are our top ten kid-friendly fun facts about Venice!

10. During the Middle Ages, Venetian politicians were elected via lottery (you know what, let’s say “chosen” instead, that’s not really an election), and the flourishing of Venice during that time has been attributed to this system of government. We’re not quite sure about government-via-lottery, but hey, it worked out pretty well for them.

9. Calling all pasta lovers! The first pasta factory in the world opened in Venice in 1740.

8. ‘Ciao’ is perhaps the most well-known Italian phrase, and it came from Venice! It comes from a typical Venetian greeting of ‘s-ciavo vostro’ that translated to ‘your slave’ (not great, we know), which eventually got shortened to ‘s-ciavo’ and then finally to ‘ciao’.

7. Cycling, skateboarding, and roller-skating are banned in Venice. Not that the city is conducive to these forms of transportation to begin with, but there is a hefty fine if you’re caught. Stick to the legal forms of transportation and try our private and kid-friendly Venice Sightseeing Boat Tour or our Venice Gondola and Walking Tour!

6. Ever wonder why all the gondolas are black? Well, they’re painted black by law. Before this law was passed, gondoliers spent a lot of time and effort and money decorating their gondolas to attract customers, and the designs would have been an eyesore. Not to mention that the wealthiest could spend the most on the decorations and would therefore have an advantage. Today, all the gondolas are a uniform black on the outside, but many are decorated on the inside to set themselves apart.

5. Venice is (definitely) in Italy, but the city is also sort of…Balkan. The city was built on wooden piles, which were made out of hard pieces of alder that were driven down into the compressed clay beneath the city, and these were sourced from the Karst region of what is now Slovenia and also from forests further south (today’s Croatia and Montenegro). The city has been supported and water-resistant for many centuries, but it’s still unfortunately and infamously sinking every year.

4. Many newspapers are named Gazettes of some kind because the first newspaper sold in Venice was priced at one Gazzetta.

3. The Venetians once held a funeral for their declining population (can we just say that we really admire this dedication to theatrical dramatics). More and more people are leaving Venice due to increasing costs of living and the overcrowding of the city: in the past 30 years, give or take, the population of full-time residents halved. When the population of full-time residents fell below 60,000 in 2008, locals held a fake funeral to raise awareness of the decline (experts predict that should this decline continue, there will be no full-time residents left by 2030) and paraded a casket through the city via gondola. Not much has changed though, and the numbers continue to dwindle.

2. The gaggle of striped tops that propel Venice’s iconic gondolas and will serenade you upon request are, unsurprisingly, overwhelmingly male. The first (and only) female gondolier (gondoliera? We’re not quite sure) is Giorgia Boscolo, who was the first woman to pass the difficult qualification exam in 2010 (only 3 or 4 new licenses are granted each year, and the course involves 400 hours of training and apprenticeship and an exam on Venetian history and landmarks). She is the daughter of a gondolier, and when her father was asked what he thought about the situation, he said ‘I still think being a gondolier is a man’s job. But I am sure that, with experience, Giorgia will be able to do it’. Straight from the book of backhanded compliments. And now let’s have a round of applause for Giorgia’s response: ‘childbirth is more difficult’. Try your hand at manning one of these iconic boats through our kid-friendly Row Like a Gondolier (or a gondoliera!) activity!

1. Pink Floyd once (unintentionally) brought down the entire city government. In 1989, the city arranged for the band to perform a free concert in the historic Piazza San Marco, which would be broadcasted in over 12 countries. However, residents were extremely angered, condemning the use of historic monuments for performances without any ties to their history, and were afraid the vibrations from the music would cause structural damage to the monuments. The band was sympathetic and agreed to lower the volume for the performance by nearly half and performed instead on a floating barge in a lagoon around 200 yards from the square. However, the audience (which was over triple the number of people living within city limits), left behind 300 tons of garbage and many of them, ah, relieved themselves on the monuments and walls (since the city had not provided portable bathrooms). There was also a little bit of damage done to a group of statues in the square (whether this was a result of the audience or the volume is undetermined), but the Venetian public and other Italian authorities were outraged, accusing the mayor of turning Venice ‘into a toilet’. Within a week, the mayor and the entire city council resigned. Life lesson: never anger Venetians…they have a flair for the dramatic. 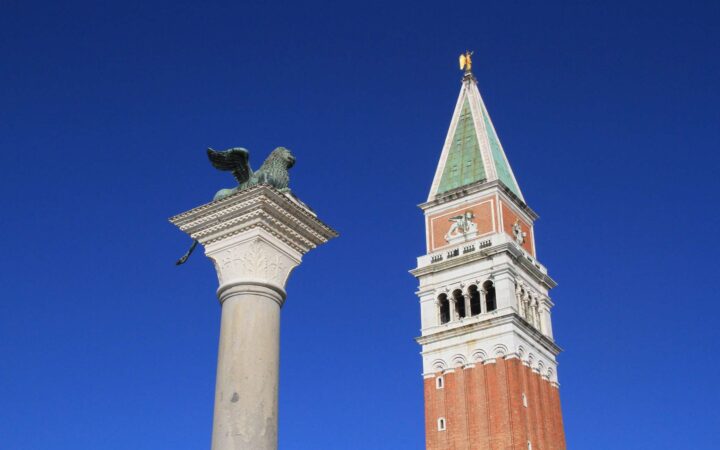 In order to make sure you have the best time during your stay in Venice with your kids, we have designed unique, fun-filled, family-friendly activities.