We’ve all learned about the Roman Empire at some point in our lives, right? Though definitely not about some pretty crazy stuff that has gone down in Rome, and continues to go down today. For example, did you know there was a time when a horse (very nearly – whether or not it actually happened is disputed) had an official political title? Or the crisis that came with naming what is now the Spanish Steps? We’ve rounded up our top 9 kid-friendly fun and random facts about Rome (and many about Ancient Rome) so you can share some of the idiosyncrasies and some of the more…peculiar things about the former empire!


9. If you visit historical sights like the Colosseum of the Forum, chances are you’ll see a lot of cats roaming around, and it’s not because they’ve been designated as unofficial feline playgrounds. This is actually because there is a law in Rome that allows cats to live where they are born without disturbance, so cats can call Roman heritage sights their homes and have every right to live there while humans can’t (we’re not salty at all what are you talking about). You can explore what is left of Ancient Rome (and see some cats along the way!) through our private Exploring the Colosseum and Ancient Rome tour, tailored for families!

8. Back in Ancient Rome, only the emperor could dress completely in purple. Purple clothing could only be worn by emperors and senators and was a symbol of status. If anyone other than the emperor dressed completely in purple, it would have been considered treason. Additionally, only free men were allowed to wear togas (the women wore stolas…or stolae), as they were a sign of Roman citizenship.

7. While not the most well-known of the many emperors of Rome, Emperor Gaius Caligula was definitely one of the most interesting ones. He tried to give his horse an official political title (we would have loved to know the horse’s stance on education and welfare) and apparently liked to have conversations with the moon (is this where the title for Bruno Mars’ “Talking to the Moon” came from?).

6. The Ancient Romans celebrated Saturnalia, a holiday in honor of the god Saturn, when slaves and their masters would switch places for a night. Masters provided table service for their slaves (we’re not outwardly promoting adopting this holiday with your children, but with a flipping of the parent/child dynamic, but if you were to…, well then, two big winks from us), and gambling was permitted for one night, and one night only.

5. In Ancient Roman times, when an emperor died, an eagle (the symbol of the king of the gods, Jupiter) was released to carry their soul to heaven.

4. We’re all familiar with sofa dinners (or couch, for those of you that don’t subscribe to using the term ‘sofa’). But the ancient Romans took it to a whole new level. The used to eat their dinner lying down and lounging around on couches (probably not great for digestion, but what a life indeed). Apparently, you were supposed to prop yourself up using your left arm and use your right arm for the actual eating. It sounds fun, but we’re just imagining all the spillage and neck cramps.

3. The Romans really went all-out for their entertainment. The Colosseum and the Circus Maximus would sometimes be flooded with water so large boats with warriors could battle it out for the masses. There was as much dedication when it came to the live props: alligators were involved. Check out our Exploring the Colosseum of Rome tour to find out more about the history, or try our Become a Gladiator activity to live out your heroic dreams!

2. Roman husbands used to kiss their wives on the mouth at the end of each day, which sounds sweet, but they were actually checking their breath to see if they had spent the day sitting around and drinking wine. You guys, Venus and Juno would have been so disappointed in you.

1. The Spanish Steps are not actually Spanish! They’re actually mainly French, as they were built with French funds. But here’s where it gets complicated: they were designed by two Italian architects (although the steps were built between 1723 and 1725 and the Kingdom of Italy only came into existence in 1861, so….). Obviously, they’re actually called the Spanish Steps because the Spanish Embassy was located at the base of the steps at the time of construction. However, at the time, the Spanish king was a Bourbon-French king, so it was all very complicated. Probably a good thing that they just chose “Spanish” and fully committed, otherwise we would have ended up with the ‘French and Also Spanish and Also Italian but Also Not Really but Sort of but Mainly French Steps’. 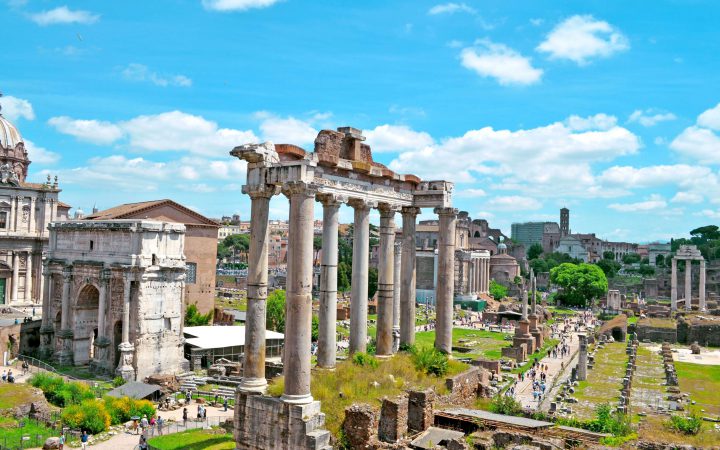 In order to make sure you have the best time during your stay in Rome with your kids, we have designed unique, fun-filled, family-friendly activities.