The two most well-known fun facts about Amsterdam are probably about its notoriously lax (well, it’s actually a lot more complicated than people realize but that’s not what our point is) policy on marijuana and its infamous Red Light District (which should really be renamed the Red, Blue, and Purple Light District: non-red lights indicate that there’s a transgender performer in the house that night…there’s a bonus fun fact for you), which aren’t exactly…kid-friendly.

We have compiled nine of our favorite bizarre facts about Amsterdam that are 100% kid-friendly (we promise there’s no drugs and prostitution involved – no matter how legal they may or may not be in Amsterdam) that you can share with your kids to get them excited for your next trip or just to increase their repertoire of random facts. Spoiler alert: most of these have to do with bikes.

Before we start, however, may we make the suggestion that you put on “Bicycle Race” by Queen for background music while you read this? You’ll understand once you’ve finished reading, we promise.

9. Amsterdam has more bridges than a city that is perhaps most famous for its bridges (we’re talking about Venice). Amsterdam has 1281 bridges, which is around three times more than what Venice has.

8. Dancing was forbidden in Amsterdam before the 20th century. If you’ll excuse us, we’re booking our flights to Amsterdam to blast some Tiesto and dance for those who couldn’t.

7. We can’t bee-lieve it either (excuse the terrible pun): while the rest of the world has been concerned about the declining bee population, Amsterdam has found that the number of bee species in the city has increase by 45% in the last 20 years, something that can probably be attributed to all the flowers in the city. You can learn more about the floral nature of the Netherlands with our Flowers of Holland activity!

6. We’re not quite sure how and why there is a tally, but Amsterdam is built on 11 million poles that are around 15-20 meters long each (they used to use wood, but now they thankfully use concrete). The city is famously below sea level (around one meter below sea level) and so poles are required to build on land which happens to be quite swampy. Normal houses require around 10 poles each to provide structural support, whereas the Amsterdam Central train station called for 9000. You can take your family on our kid-friendly Canals of Amsterdam tour, which starts at the Canal Museum, and you can see and learn more about these poles in real life!

5. Amsterdam has more bicycles than people. The city has a population of around 870,000 people, but is home to over a million bicycles. 100,000 of them get stolen each year (the bikes, not the people). Experience life as a local and try our kid-friendly Cycling in Holland activity!

4. Want to get a (literal) glimpse into typical Dutch life in Amsterdam? Just take a walk in the city center! Most Amsterdam houses have the remarkable trait of not having curtains, something that is said to be traced back to the Calvinist roots of the area. They believed that having no curtains and allowing people to see into your homes was the ultimate way of showing that you were living a pure life: by proving that you had nothing to hide. Or maybe the just REALLY like the sun. Either way, maybe don’t stare into the windows too much (we are big proponents of avoiding accidental and awkward eye-contact as much as possible).

3. We’re not the only ones who like Amsterdam. The Vondelpark has over 4000 parakeets who live there. Parakeets are not native to the Netherlands, and were originally brought here as pets. A few of them escaped and decided that they liked it there, and so they put down roots and now you can find a large flock of them in the Vondelpark.

2. Maybe don’t go fishing in the canals. You’re way more likely to catch a bicycle than any fish. A city famous for its abundance of bicycles, a staggering 25,000 to 30,000 bikes end up in the canals each year. Some are thrown in (for reasons not known to us either), others are just plain disappearing. The city actually has a special boat for fishing bicycles out of the canals, and they pick up around 8,000 to 10,000 bikes each year. Someone should really get on top of checking to make sure all those bikes aren’t affecting canal water levels and making the city more underwater than it already is.

1. Amsterdam has many, many mayors. There is one official mayor, but then there are other mayors who are in charge of some…very specific things. There is a nightlife mayor (who is probably – and hopefully – the life of every office party they have over there), and a bicycle mayor. We hope the bicycle mayor has formal attire that involves bike shorts. 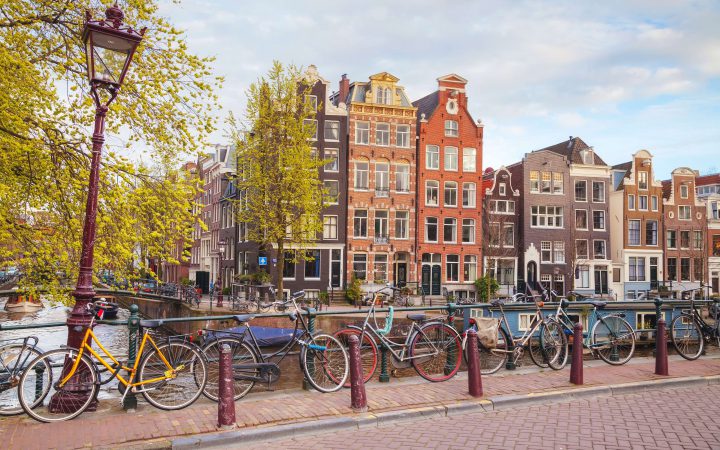 In order to make sure you have the best time during your stay in Amsterdam with your kids, we have designed unique, fun-filled, family-friendly activities.