While some of us might already know that Big Ben isn’t actually called ‘Big Ben’ (Big Ben is actually the name of the bell inside the tower; the tower itself is actually called the Clock Tower), what about where to see Thor in London? Or the fact that London might have housed Spongebob? There are plenty of bizarre and random facts about London, and we have chosen twelve of our favorites that also happen to be family-friendly (no cursing involved!) so that you can share them with your children to get them excited about an upcoming trip, or just to make sure that they always have an interesting icebreaker fact for conversation. Here is our list of our top twelve kid-friendly fun facts about London (though there might be a couple that you could want to keep to yourself!):

12. The Queen actually needs to ask permission from the Lord Mayor to enter the city of London. We hope at least one of the Lord Mayors were (or will be) brave enough to say ‘not today, luv’ to satisfy our morbid curiosity over what would happen if she was denied entry.

11. Your hotel doesn’t have the kind of cereal you want? London’s got you covered. The Cereal Killer Café in London serves over 120 kinds of cereals from all over the world. You can check out their website here

10. You can visit the memorial of a rather … special dog. At the top of the steps, by the monument of the Duke of York in Pall Mall (where the German embassy stood until the outbreak of WWII), stands a memorial for Giro, the German ambassador’s dog who was ‘accidentally electrocuted’ in 1934. We are…mostly horrified and sort of amused and also confused. Horamfused.

9. The London Underground was almost water-based. Think Venice, but in London. And also underground. When the idea for the Underground was first floated (pun definitely intended), engineers proposed filling it with water and using barges to FLOAT people from station to station (to be honest, we kind of want to see that in action just to witness the insane road rage – well, canal rage) or to have horses pull carriages around in the dark. Let’s just all breathe a collective sigh of relief over the fact that we got trains instead.

8. The statue of George Washington in Trafalgar Square sits on imported soil. Washington infamously stated that he would never step foot on British soil again, so they lugged over some good ol’ American soil for his statue to sit on. Meanwhile, we can’t even get good bagels here in Paris. Come on, America.

7. It is illegal to come within 100 yards of the reigning monarch if you don’t have socks on. While we don’t really know how (or if) this law is enforced, maybe wear socks when you (wink wink) take our family-friendly tours of Buckingham Palace and Windsor Castle?

6. Ever heard of the London Beer Flood? No? Well, in 1814, a gigantic vat of beer exploded at the Meux and Company Brewery in Tottenham Court Road, and it caused a tidal wave of 1,470,000 litres of porter. Our condolences to the clean-up crew.

5. London is technically a forest. We’re not kidding. One fifth of the Greater London area is woodland, meaning that it fits the UN’s definition of a forest. They even have an official Forestry Conservator. Take that, Central Park.

4. Londoners have forgotten many, many things on the tube. The lost items found include: a samurai sword, a human skull (hi, Hamlet), and a coffin (again: hi, Hamlet).

3. St. Paul’s Cathedral could have looked really different. And we mean REALLY different. Sir Christopher Wren’s first design proposal for the cathedral was…a giant pineapple…which was supposed to represent ‘peace, prosperity, and hospitality’. So…were the blueprints for this stolen by Spongebob, then?

2. Guess who lives in the Tower of London? Thor. But before you start looking for Mjolnir, Thor is actually the name of a raven. The Tower of London houses six ravens. The official story is that Charles II ordered for six ravens to be placed in the Tower to protect it (from what, exactly, we have no idea either), but we like to think that the six ravens represent the six wives of Henry VIII (apologies if that’s a little morbid). The six ravens are still in the Tower today (albeit six different ravens), and they are named Hardey, Thor, Odin, Gwyllum, Cedric, Hugine and Munin, and apparently must remain there at all times due to superstitious reasons (Edgar Allen Poe would be so proud). The legend states that if even one of them were to *gasp* leave, the Tower would fall and a great disaster would befall the kingdom. They even have a spare raven on hand in case one of them were to fly away. Check out our Exploring the Tower of London activity to meet Thor!

1. London is the home of the world’s smallest public statue. You can find the tiny statue of two mice fighting over a piece of cheese halfway up a building on the southeastern corner of Philpot Lane, near the junction with Eastcheap. The statue is to commemorate two builders who fell to their deaths nearby during an argument about…wait for it…a missing sandwich. They blamed it on each other, but it was actually due to a mice infestation. We hope it was at least a nice sandwich. 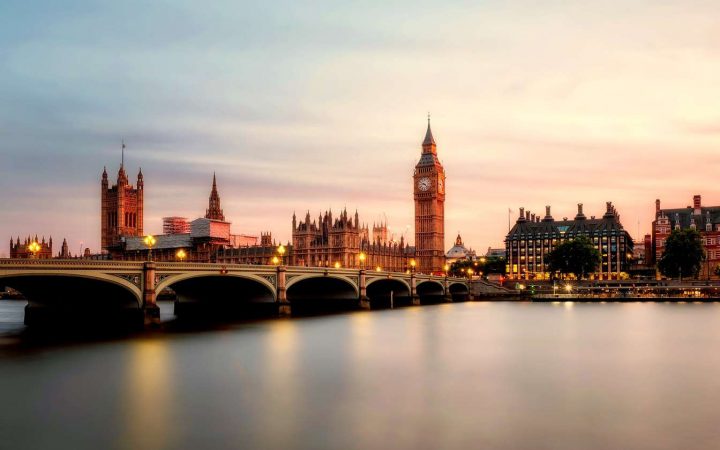 In order to make sure you have the best time during your stay in London with your kids, we have designed unique, fun-filled, family-friendly activities.